If you are moving to Australia, you might think that there will be no language barrier issues. After all, they speak English, right? However, the slang terms used by most Australians can be so different and confusing that they might as well be speaking Norwegian. Don’t be surprised if you are puzzled and scratching your head trying to understand what in the world the Aussies are saying to you.

Here are some beginner tips for understanding Aussie slang when you move to Australia from the UK:

When you hear an Aussie say this, who is the “she” that they are referring to? The answer is – no one. There is no “she”, it is simply an expression that means “everything will be fine.” If you are worrying about something and your friend tells you this, rest assured all will be good.

If your friend tells you to put on your thongs so that you can go to the beach, they don’t mean for you to wear a G-string! In Australia thongs are not the skimpy bikini bottoms or underwear with a string that goes between your cheeks. They are the type of sandals that are referred to as “flip flops” in other countries. 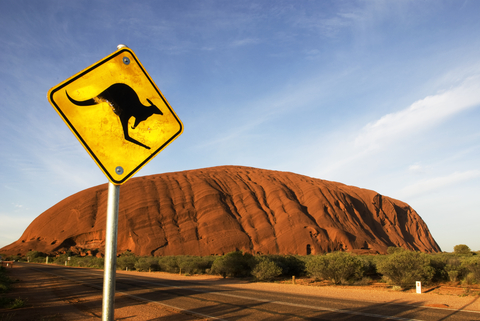 Adding “O” on the End of Words

A “bottle-o” is the liquor shop where you go to buy your drinks for the evening. A “doco” is a documentary. A “garbo” is a garbage collector. A “journo” is a journalist. The Aussies tend to love to put “o” on the end of words, so you will have to get used to this while you are here.

If something is a “rip-snorter” that means it is fantastic. “It was a rip-snorter of a party.” You might also hear someone say that it was a “ripper party,” as well, which means the same thing. If someone says, “You little ripper!” this is usually an exclamation that is said in a reaction of delight to good news.

When you want to describe someone who is extraordinarily useless and incompetent, there are many sayings that you could use. “He couldn’t pick a winner in a one horse race.” “He couldn’t organise a piss up in a brewery.” “He couldn’t sell ice cream in Hell.” They are all wonderfully creative ways of saying that someone is useless. Pick your favourite, or make up one of your own.

If you are working in your new office in Australia and you mention the PowerPoint presentation you put together, you might see some confused faces. That is because a “Power Point” is an electrical outlet where you would plug a socket into the wall.

When you do a “Barry” it means that you have made a huge mistake or a terrible blunder. It is a shortened form of Barry Crocker, who is an Australian singer, actor and entertainer. His name is used because it is rhyming slang for “shocker”. Barry Crocker sang the theme tune for the Australian soap Neighbours.

This is slang for the fast food store McDonald’s and it is commonly used throughout Australia. Upon moving to Australian many newcomers are confused when the locals mention this store and they look around for a restaurant called “Maccas” before they put two and two together.

There is a lot of Australian slang to learn when you first move here, so don’t be intimidated if you don’t understand everything at first. There’s no shame in asking someone what they meant if you didn’t understand what they were saying. Most Aussies know that their way of speaking is unique to their island country and your new Aussie friends will be happy to explain their slang to you.

In fact, learning the slang and the local idioms is part of immersing yourself in the culture of your new home – whether you emigrate to New Zealand, Canada, Ireland or Australia. It will give you an insight into Australian culture and help you to appreciate your new home. You will learn new words and phrases one by one and eventually you will be speaking fluent Aussie – Good on ya mate!